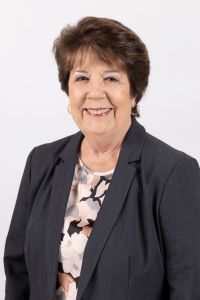 For over 20 years, thousands of educators and students have experienced the impact of programs such as the LiftOff Summer Institute and the NASA STEM Enhancement in Earth and Space Science high school internship which ignite interest in space exploration and STEM. This award pays tribute to mentors like me who touch lives, provide advice, offer support, and encourage underrepresented and underserved youth to reach for the stars.

Margaret Rhule Baguio has been the Program Manager for Education and Outreach at The University of Texas at Austin’s Center for Space Research (UT/CSR) and NASA Texas Space Grant Consortium (TSGC) for over 20 years. In partnership with UT/CSR, TSGC, and NASA, Margaret has provided long-term professional development to 4,000 educators through programs such as the LiftOff Summer Institute, the NASA Summer of Innovation, and Space Vision. Those trained utilize curriculum received with over 130,000 students annually and train an additional 1,250 educators. Under Margaret’s leadership with the Texas School for the Blind and Visually Impaired, Rio Grande Valley Science Association, Minority Girls in Science, NASA Family Science Nights, and the NASA STEM Enhancement in Earth and Space Science high school intern program, over 11,000 underrepresented students have excelled in STEM experiences. Margaret's forte is adapting materials for the visually impaired; being culturally responsive during programs along the Texas/Mexico border; and engaging students and mentors from various ethnic and socioeconomic backgrounds including homeless youth, students of migrant farmers, and adolescents underrepresented in STEM. To date, thousands have directly increased their knowledge of space, NASA missions, exploration, and STEM through long-term opportunities and thousands more have been reached through master educators around the U.S. and U.S. Territories since Margaret began these programs two decades ago. Margaret earned a B.S. in education from Texas State University and an M.S. in education from The University of Houston. Her honors include the national Alan Shepard Technology in Education Award, My NASA Data Group Achievement Award, and National Space Foundation Teacher Liaison.