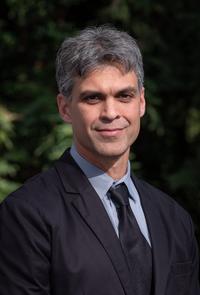 Receiving a Presidential Award is an unexpected privilege. Sharing a lineage of intentions and inspirations with former awardees is startling and deeply moving. In the end, I hope my greatest contribution to science is not any particular discovery but the creation of a new way of thinking that enables a great multitude of students from racially, ethnically, culturally, and linguistically diverse families to make their own discoveries.

Enrico Ramirez-Ruiz is a professor and the Vera Rubin Presidential Chair of Astronomy and Astrophysics at the University of California, Santa Cruz (UCSC). He earned a B.S. in physics from the Universidad Nacional Autónoma de México and a Ph.D. in astrophysics from the University of Cambridge. Since joining the UCSC faculty in 2007, Enrico has won a number of awards for his research including a Packard Fellowship, the NSF CAREER Award, the Bouchet Award from the American Physical Society, and the HEAD Mid-Career Prize from the American Astronomical Society. In 2020, he was elected to the American Academy of Arts and Sciences. For over 14 years, Enrico has built STEM training research programs. Enrico's mentees encompass over 200 students, postdoctoral fellows, and junior faculty. In addition to his record of success as a research adviser, the mentoring program he created, Lamat (“star” in Mayan), has been remarkably successful at increasing the number of historically marginalized (HM) students who earn Ph.D.s in astrophysics. Lamat helps students from community colleges transfer to four-year institutions and on to graduate school. Women and HM students comprise 83 percent of the 93 Lamat participants since its inception in 2010. Enrico personally mentored 33 Lamat students and 39 graduate and postdoctoral fellows in his laboratory. Twelve won NASA postdoctoral fellowships, the most prestigious in the field, and 19 are now professors. Enrico and Lamat have together trained half of all HM students receiving astronomy Ph.D.s in the country in the past five years. Finally, as Department Chair, Enrico left an enduring legacy of equity and inclusion. Through his leadership, 30 percent of Ph.D. students are HM students, likely a record among top-ranked programs in the country.